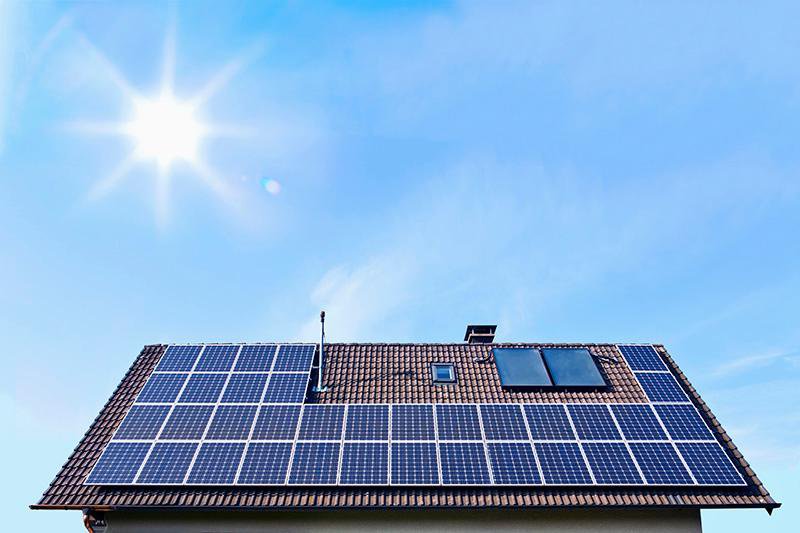 The radiant heat and light from the Sun can be harnessed and used in a variety of applications. This energy can be used for electrical and thermal energy, as well as for architecture. In some applications, solar energy is used to power entire buildings. You can even harness the energy from the Sun’s rays to power your refrigerator or power your car’s engine. But what exactly is solar energy? What are some of the technologies available to harness this energy?

The sun generates solar energy through the nuclear fusion reaction occurring inside its core. This reaction generates a huge amount of energy at high temperatures and pressure. As a result, it warms the Earth and sustains animal and plant life. The sun also produces more than 500 million tons of hydrogen atoms per second.

The solar energy that reaches the Earth is divided into two main categories – direct and diffuse. The direct component is focused and accounts for around 60 percent of total solar insolation under clear skies. But as clouds, rain, and atmospheric aerosols cover the earth’s surface, the direct component decreases, making it less usable.

Concentrated solar power can be generated by solar furnaces. The solar furnaces come in different sizes, but they all follow the same general principle – the sun’s rays are focused on a tube containing liquid, which turns a turbine. Another method uses a solar panel to absorb the photons and convert them into DC energy. This electricity can then be used to power a home’s electrical panel.

The sun is a very abundant source of energy. However, the amount of sunlight you get depends on your location. In a place such as Alaska, for example, the sun can be scarce for long periods of the year. In these areas, you need to plan accordingly and make sure your backup energy sources can provide power.

Depending on the type of solar energy system you choose, it may be eligible for state incentives, federal tax credits, and rebates. In some cases, if you can demonstrate that your solar energy system has been certified by the Solar Rating and Certification Corporation, you can receive even more incentives and money. Solar power can also provide a safer and greener alternative to powering your home.

While the use of solar energy has been around for decades, the field is still evolving. Modern solar energy technologies are much more advanced than the early systems. While early solar energy methods were used to create steam that could drive machines, the photovoltaic effect allowed sunlight to be converted into electricity. In 1893, Charles Fritts invented the first solar cell, which was made by coating sheets of selenium with a thin layer of gold. This led to the development of the first solar panel.

Solar power is becoming an increasingly popular alternative energy source for consumers. It can provide sufficient energy for an average home. It’s now affordable and competitive with conventional electricity. With this low cost, solar power is changing the way consumers generate electricity. Although solar energy only contributes to a small percentage of the US’s electricity supply, it is already changing the way consumers obtain it.

Solar thermal power is another way to harvest solar energy. This energy source captures the sun’s heat and converts it into useful forms of energy, including heat for your home. You can use this heat to cook or wash your clothes. In addition, solar thermal energy can also be converted into electricity. In the future, solar thermal energy will be an indispensable renewable resource.

Solar thermal technology uses mirrors to focus sunlight. This concentrated light then turns a turbine, which powers a generator. These solar thermal devices are simple and durable. They are an environmentally-friendly alternative to fossil fuels and electricity. They are also cheap compared to traditional fossil fuels. It’s also possible to use them on a large scale and create a lot of electricity. They also use no pollution. But the high cost of solar energy has limited its use.

Solar energy is becoming more popular in the UK. Currently, more than one million households rely on solar power. Solar energy is an inexhaustible source of energy, and unlike fossil fuels, it doesn’t create air pollution or greenhouse gases.